PickGuru, the new low-stakes social gaming platform, has launched in the UK and is offering a gigantic £1m promotion as part of its first game: UltimateGuru.

The brand new app has gone live with a unique, multi-sport predictor contest in which players can forecast the outcome of 12 major sporting events in the 2022 calendar.

Should any player pick the winner of all 12 events in their UltimateGuru entry, they will win the £1m jackpot and be crowned as the UK’s ultimate sports guru.

Alongside UltimateGuru, PickGuru has also launched a range of exciting daily and weekly games which are available to play inside the app.

Current offerings are based on football and golf, where players can test their knowledge to win big money pots in nationwide leagues or create real-money mini-leagues with their friends.

CEO Olly Roland-Jones said: “We’re absolutely thrilled to launch in the UK market and we are arriving with a bang.

“There’s one million pounds on the table for the UK’s ultimate sports guru, if anyone is able to correctly pick the winner of 2022’s biggest and best sporting events.”

Entry to the UltimateGuru game is open now via PickGuru’s app, which can be downloaded from the Apple Store or Google Play. Entry to the game will remain open until Friday 4 February, which is the day before the first scheduled event.

In addition to the £1m jackpot, there is a minimum prize pool of £25,000 that is guaranteed to be won.

Prizes will be distributed to entries in the top-scoring 10%, and players will be able to track their progress through live leaderboard updates throughout the year.

Each entry will therefore be made up of 12 selections – one from each event.

They will score 100 points for correctly picking the winner, 60 points for selecting the runner-up, or 30 points for choosing the third in all 12 of the events. The winner will be the entry with the most cumulative points after all events have concluded.

Should any player predict all 12 winners in an entry, they will become the UK’s latest millionaire. If there are multiple winners, the prize will be split equally between them.

The winners will be crowned after football’s World Cup, which is set to take place in Qatar and finish on Sunday 18 December.

Roland-Jones is hopeful that the event will provide an exciting climax to UltimateGuru: “The dream is that we’ll have some live entries with shots at the million pound jackpot when the football World Cup begins in November.

“That would provide a blockbusting finale for our players but a nervy wait for our finance team!” Almost caught the captain: KuroKy to lead Nigma in 2023 DPC despite retirement rumors 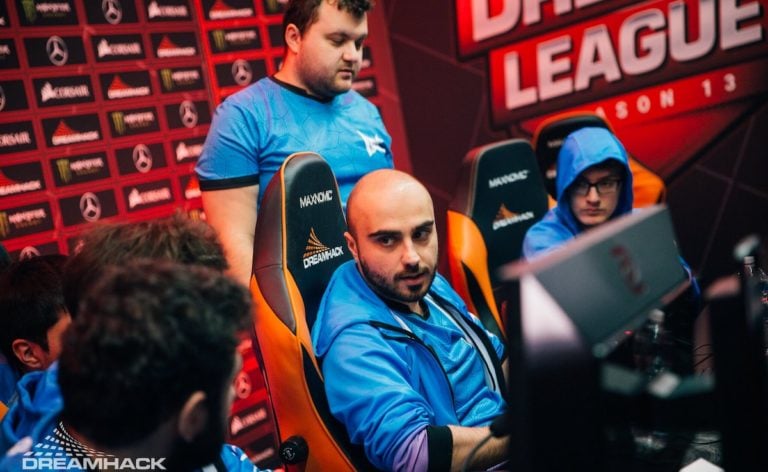 Nigma Galaxy spent the last Dota Pro Circuit season away from the spotlight in the second division of Western European DPC. Despite making it back to the first division, the team’s future has been rather foggy; that fog has started to dissolve as the team announced KuroKy will remain at the helm.

Rumors surrounding KuroKy’s retirement started to pop up after The International 2022 as the team had been silent for a while. Though Nigma hasn’t officially confirmed the rest of its Dota 2 roster, the organization has been hinting that the majority of the roster could stick together for the 2023 DPC season.

At the time of writing, KuroKy is the only confirmed Nigma player for next season. However, Nigma has been posting content that could be seen as a verification for four other members. GH was featured in a YouTube video in early November where he addressed the rumors surrounding the Nigma roster. The position four player said that “everything was fine with the team.”

Another social media post by Nigma featured SumaiL and Miracle- shaking hands, meaning four members of the team were confirmed in various ways, only leaving Mind_Control in the dark. Nigma’s offlaner has been missing since the roster shuffle season began.

The only official roster change for the team is in the Coach position as rmN- was replaced by ImmortalFaith, formerly of Gaimin Gladiators. Given Nigma’s hiatus from the highest level of the competition, a coach with recent TI experience is likely to become one of their greatest strengths in the upcoming season.

This Top-Rated PDF Solution Is 66% Off Now