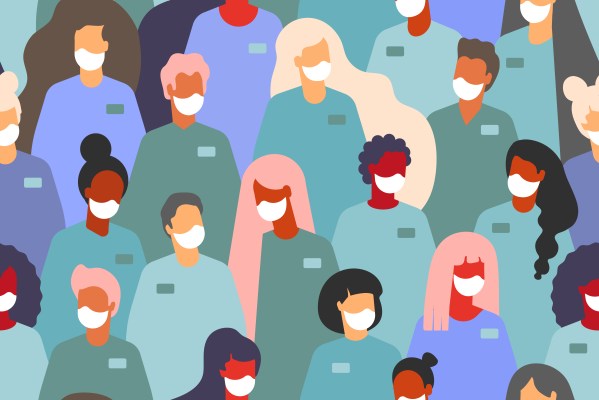 If there was ever a rubber-meets-road moment for six-year-old app Gale Healthcare Solutions, it’s probably right now.

Gale Healthcare Solutions, founded in 2016, matches nurses with available work shifts. A hospital or clinic posts available shifts, then nurses can peruse opportunities, claim open spots and be paid the same day through the platform. This network of nurses now stretches to 40,000, CEO and founder Tony Braswell tells TechCrunch.

Up until this point, Gale Healthcare Solutions has been entirely self funded. But on Wednesday, the company announced a $60 million dollar growth equity investment from FTV Capital.

“They have arguably the largest network of nurses in the United States for this type of platform,” Richard Liu, a partner at FTV Capital, tells TechCrunch. But the firm was also drawn to Gale because of Braswell’s own experience.

“Tony has been doing healthcare staffing for three decades and so he’s built up a ton of this industry domain knowledge,” Liu continues.

Braswell comes to Gale Healthcare Solutions after 30 years in healthcare staffing. He made phone calls, sent emails and crafted texts constantly looking to fill temporary nursing shifts. But about six years ago, Braswell realized he was going about things the wrong way. “Amazon comes to my house every day and the typical staffing company calls people every day. That’s not efficient. So we built technology,” Braswell says.

Adequate nurse staffing is increasingly recognized as a major driver of patient well-being. For instance, one study across acute care hospitals in England, Belgium, Ireland, Spain, Finland and Switzerland found that for every 10% reduction in the proportion of professional nurses at a hospital resulted in an 11% in odds of death. Studies from the U.S. and Korea have also linked higher nursing staff to better patient outcomes.

Findings like this have led to legislation in California, for instance, that actually mandates that hospitals maintain a minimum number of nurses per patient, depending on the type of care being provided.

There are already staffing agencies geared toward filling the empty nurse shifts (estimates for the temporary healthcare worker market size hover around 19-20 billion). But with a problem as pressing (and large) as nursing shortages, you’re likely to have more than tech-centric startups looking to solve it. And when it comes to matching nurses with shifts, there are other players in the space. Specifically IntelyCare, another app that matches nurses and shifts.

Braswell, through his experience, notes that being able to find positions quickly and easily is a big part of making it work as a temporary nurse. But the company is also looking to create a more stable form of gig work that offers certain perks.

Gale nurses are W-2 employees with the option of a healthcare benefits package. But Gale’s distinguishing characteristic is same-day pay. Braswell has been fronting the money to enable this feature (“there’s a lot of float there,” he notes). But he sees it as an essential piece of making Gale work for temporary healthcare staff.

“I can’t tell you how many nurses contact me personally, out of 40,000, who need $25 for gas money,” he says. Unfortunately, a lot of nurses are in that situation. This empowers that nurse to work when she wants to work, and get paid when she wants to get paid.”

Despite fronting the money for same-day paychecks, both Liu and Braswell note that Gale Healthcare Solutions is currently profitable. The company earns revenue from taking a percentage of nurse earnings — though neither Braswell nor Liu would disclose the percentage. Though, says Liu, the fee is in line with “industry standard.”

(That is something to note, as traditional healthcare staffing agencies have been accused by some lawmakers of price-gouging in response to the pandemic. But Liu puts Gale’s position bluntly: “Gale never did that.”)

In terms of Gale’s history and future growth, Braswell, as a founder, wasn’t initially interested in pursuing venture capital. But now, he feels the time is right, largely, for technical expertise and further connections. Liu also notes that FTV has focused on building out the technical capacity of Gale with this current round — specifically he’s looking to evolve the platform, and provide more tools for hospitals and nurses.

And, with that growing technology, it’s possible Gale might eye more than just nurse staffing. Braswell has his eyes set on expanding the idea of easily accessible, same-day-pay gig work across other jobs in healthcare facilities: like housekeeping, laundry or cooks. Liu, for his part, will also focus on expanding Gale’s network of 40,000 nurses into more states. They’re in about 38 right now.

“With network models, you know, increased density increases the fill rates, right, which are important in this industry,” Liu says.

The 12 big bets on future technologies as per Nasscom report

The National Association of Software and Services Companies (NASSCOM) and Boston Consultancy Group (BCG) have identified 12 big bet technologies that can potentially disrupt markets in the next 3-5 years.

The report noted that these 12 technologies will unravel in diverse ways, giving way to regional and vertical-specific big bets. While buyers in North America and Europe are betting on technologies such as autonomous analytics, APAC is likely to focus more on 5G/6G technologies, sensortech and smart robotics. Overall, technology buyers anticipate that investments in emerging technologies will account for 70%- 80% of tech spending by 2030.

“Going forward, it will be interesting to see how businesses will put their bets on emerging technologies and how they would be taking ahead the tech revolution for the larger good of the society,” said NASSCOM President Debjani Ghosh.

Cognizant will gain approximately 350 employees in North America and India upon the close of this acquisition.

HCLTech partners with Intel and Mavenir for 5G solutions

Through this new collaboration, the companies will work closely on a range of projects and activities across enablement, go-to-market and sales acceleration, with the goal of delivering more 5G solutions to CSPs, Internet of Things (IoT) and enterprise verticals, a statement said.

“There is currently a great need for scalable, reliable 5G solutions across nearly every enterprise and industry,” said Kalyan Kumar, Chief Technology Officer, HCLTech. “This need represents a major opportunity to innovate and deliver solutions that will have a major impact on business operations and outcomes.”

Collins Aerospace, which is part of Raytheon Technologies has announced that it will be expanding its operations in India. The company inaugurated its Global Engineering & Tech Centre and a new India Operations Centre to mark its 25th year in Bengaluru.

Collins Aerospace has also pledged significant capital and manpower investments over the next five years given that the Indian aerospace & defence (A&D) market is projected to reach $70 billion by 2030.

The team at Collins India is actively collaborating with Indian R&D organisations like NAL, CMTI, DRDO for study into materials, additive manufacturing, pre-qualification tests and other important projects.

Wipro Limited, a leading Indian technology services and consulting company, has been recognised as a ‘Gold’ employer by the India Workplace Equality Index (IWEI) 2022.

It also demonstrates a long-term and in-depth commitment towards LGBTQ+ inclusion, where Wipro has implemented several initiatives enabling its employees to become active allies for the community.

Aiven, a cloud-data platform based in Helsinki, has fleshed out an open-source ecosystem for Apache Kafka, a popular event-streaming platform. The new offerings promise to help enterprises consolidate their Kafka infrastructure using open-source components.

“Event streaming is transitioning toward the main stack of the IT infrastructure,” Filip Yonov, director of data streaming product management at Aiven, told VentureBeat. “At Aiven, we have witnessed the fastest growth in the event-streaming domain compared to all other products.”

Apache Kafka provides the infrastructure for wiring streams of data together from databases, apps, IoT devices, and third-party sources. Kafka helps organize raw data into event streams that reduce data size and are easier to integrate into event-driven apps and analytics. Enterprises use it to improve customer experiences, build the industrial metaverse and monitor patients.

However, building out a Kafka infrastructure involves a lot of moving parts. Aiven has consolidated all the necessary tooling into one place to simplify this process. Key new enhancements include support for Apache Flink and data governance. These complement existing tools for connecting services, replicating data and managing schemas for Kafka deployments.

Learn the critical role of AI & ML in cybersecurity and industry specific case studies on December 8. Register for your free pass today.

The need for simplicity

LinkedIn originally developed Kafka to integrate data across its large microservices infrastructure and open-sourced it in 2011. Over the intervening years, large enterprises have customized the tooling for their own needs, and several vendors have rolled out proprietary enhancements to fill in gaps around governance and integration. Many organizations use Kafka for various data pipeline scenarios, such as transferring data between applications in real-time or moving data from a database to a data warehouse.

Yonov told VentureBeat that as Kafka clusters become larger and more complex, they require additional tooling and governance to ensure proper operation and management. “Unlike existing Kafka solutions, Aiven’s offering does not require organizations to choose between proprietary tools and vendor lock-in or open-source technologies without support,” he said.

One essential aspect has been to democratize the experience for working with event-streaming data. The open-source tool, Klaw, provides a self-service interface for managing Kafka clusters. Kafkawize, which develops Klaw, recently joined Aiven’s open-source development office in September to help integrate their tools together. Now they are working together to improve self-service, simplify user management and enforce data governance.

Another significant development was to connect streaming data to SQL queries familiar to data engineers. The new Aiven for Apache Flink tools allows teams to process larger volumes of events and run real-time analytics using SQL. Aiven provides this as a fully managed service that reduces the complexity of deploying a Flink cluster. It also simplifies the integration with Aiven for Apache Kafka to filter, enrich and aggregate events on the fly.

Aiven hopes to replicate the success of other open-source frameworks like PostgreSQL, Kubernetes and Linux, built by a healthy mix of contributions from various communities.

“We truly believe that fostering an open-source, community-driven and inclusive ecosystem of technologies around Apache Kafka can drive further innovations and new developments in the data-streaming domain, ensuring the long sustainment of the technology in the future,” Yonov said. 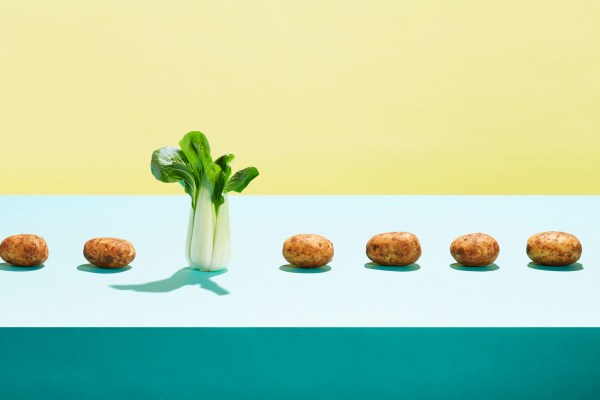 Jon Attwell has more than 10 years of experience scaling growth operations in collaboration with strategic and VC investors. He currently leads the Seedstars Growth Track.

So they’ve looked at your pitch deck and you’ve got the intro. Now, you have 30 minutes to win over an investor. What do you tell them? What would be convincing enough for them to buy in? How do you show them what’s possible?

The simple answer: Demonstrate that you are set up to grow.

What is growth in this context? After investing and working with hundreds of startups, our company Seedstars defines growth as the processes in your business that, when put together and optimized, make for sustainable and compounding value over time.

For founding teams and investors alike, it can be incredibly rewarding when the parts of a growth engine work together. Serial entrepreneurs can relate to the joys of mastering cost-effective customer acquisition, onboarding that kick-starts long-term retention and customer service worth talking about. This is one reason why a customer journey map can be particularly useful.