Stonly, a platform that helps product teams, customer support staff, and everyone in between demonstrate how their digital tools and products work, has raised $22 million in a series A round of funding.

The problem that Stonly is ultimately setting out to tackle is that building a new product and getting it to market is only half the battle — to succeed in the long term, a company must be able to communicate how the product works and ensure that users know what its benefits are.

With Stonly, users can create product walkthroughs such as onboarding checklists and interactive step-by-step guides that can be embedded on customer support pages, blogs, and even inside customer support software such as Zendesk.

“The main thing Stonly accomplishes for enterprises is helping their customers, users, and employees thrive in every situation where self-serve, automated, and on-demand guidance can make a big impact on success, time to value, troubleshooting, and reduced calls to help desks and support representatives,” Rostan told VentureBeat.

The Stonly platform exists in a space that includes digital adoption and customer onboarding tools such as WalkMe and Whatfix, while newcomers such as Rocketlane — which recently closed a $18 million round of funding — and Appcues have also thrown their hat into the ring.

While it serves the same broad purpose as the aforementioned companies, Stonly has attempted to differentiate itself through making itself available wherever the end user is — it can be embedded by pasting a link onto any website that supports Embed.ly, while it also supports iFrame code for content management systems (CMS) such as WordPress.

Within all that, Stonly touts its ability to create step-by-step guides that can adapt to any situation, with users offered choices that are contextually relevant to what they’re trying to do and their level of expertise.

“Stonly is made to tackle self-serve guidance everywhere a customer or employee needs it — inside or overlaying software, for adoption or troubleshooting or knowledge base help, as scripts and guides for in-person help and troubleshooting — that platform approach makes Stonly uniquely better,” Rostan said.

Prior to now, Stonly had raised around $3.5 million in seed funding, and with another $22 million in the bank, the company is well-financed to capitalize on the world’s rapid transition to all things digital, where software now underpins just about everything we do in our personal and working lives. Indeed, Stonly said that it has grown five-fold in the past year, with more than 20,000 businesses using Stonly including Telus, Univision, and UCLA.

“Now, everyone is online — every user-type and every kind of employee,” Rostan explained. “Everyone has ‘crossed the chasm,’ and the cracks are showing and they’re worse than businesses thought. People with a much wider range of needs and abilities demand personalized help, but refuse to have to contact a person.”

But arguably more important than that is the simple fact that competition is fiercer than ever, meaning that companies can’t afford to take liberties with user loyalty — at its core, Stonly is designed to reduce churn.

“Alternatives are just a tap away, so businesses are worried — rightly so — that they can’t show value fast enough, can’t engage customers or employees deeply enough, can’t make employees productive or empowered enough, and can’t deal with all of the ticket volume to keep up,” Rostan added.

Stonly’s series A round was led by Northzone, with participation from Accel.

Glossier just laid off one-third of its corporate employees, mostly in tech – TechCrunch

Down rounds are still rare by historical standards • TechCrunch

With the first week of December under our belts, we’re not too far away from the end of the year. And that means that 2022’s venture capital story has largely been written. It’s not a single narrative; instead, this year started on a high, with momentum from the monstrous 2021 funding period persisting into the new year. From that point, we’ve seen a slowdown accelerate into what some consider a downturn.

Read it every morning on TechCrunch+ or get The Exchange newsletter every Saturday.

Startups raised lots of capital this year. Less, yes, than last year, but more than in nearly any year in recent memory. It’s still a good time to build a tech upstart.

Does that perspective feel too sunny when we hear so much doom and gloom on Twitter regarding startup prospects in a more conservative investing climate?

Howie Mandel gets a digital twin from DeepBrain AI

Howie Mandel is stepping into the metaverse. DeepBrain AI has created a pretty realistic AI version of comedian and actor Mandel.

Deepbrain AI, based in South Korea and Palo Alto, California, calls its creation “AI Howie,” and it’s an interactive virtual human and digital twin for immersive and personalized fan experiences. AI Howie mentions VentureBeat and talks to me in the attached videos.

Unlike the “deepfakes” of Tom Cruise and other actors, the real Howie Mandel cooperated with DeepBrain AI to create the virtual human AI replica of the famous comedian, actor, host, and technology enthusiast. We used “virtual Paris” AI character at our recent MetaBeat event in San Francisco.

“I am equally thrilled, excited, and terrified to finally have the ability of showing up and doing things without going anywhere or doing anything,” said Mandel, in a statement. “Thank you, DeepBrain.”

DeepBrain AI applies deep learning technology to create hyper-realistic virtual humans through its AI Studios and the AI Human platforms. These virtual humans are digital twins of the real person, with the same appearance, voice, gestures, and subtle mannerisms. The AI Studios platform enables script-to-video software that synthesizes dynamic video content in seconds, producing the quickest and most
realistic AI-generated videos. The script-to-video editor makes it easy for customers to select a model and then make it say something based on a script. Within a minute or so the video is made.

Joe Murphy, business development manager for DeepBrain AI, said in an interview with VentureBeat that the virtual Howie is a conversational model that you pepper with questions. DeepBrain AI designs and develops these virtual humans for the purpose of creating digital twins (like Howie Mandel), digital people, and avatars.

“We create models of real people,” Murphy said. “We also have completely synthetic virtual humans. That is what we’ll call digital people. And then avatars are just the basic Roblox type of avatars. But where our technology comes in with the digital twins is we go through a deep learning process to clone the person’s voice, their mannerisms, their face, the way their eyes move, the way their lips move.”

He added, “So we create what we call the digital twin of the real person with all the uniqueness of that person. Our mission is to use this technology that we’ve developed throughout Asia and bring it to America.”

In addition to the script-to-video capabilities, the company provides fully conversational experiences with its AI Human software. The AI Human solution enables fans to interact and engage with AI Howie by simply asking questions. For example, when asked, “What was your favorite act on AGT this season?” the AI Howie model responds in real-time to support interactive, fun, and engaging fan experiences.

“Our vision is to humanize digital experiences and empower creative teams to generate immersive content at scale,” said Eric Jang, DeepBrain AI CEO. “Working with Howie Mandel was a fun experience, and we are excited to see how the AI Howie collaboration will connect with his fans worldwide.”

DeepBrain AI, (formerly Moneybrain), a conversational AI startup based in Seoul, South Korea, has raised $44 million in a series B round led by Korea Development Bank at a post-money valuation of $180 million. The company started in 2016 and it has raised $54 million to date. The company has 130 employees.

The AI is being used for AI news anchors in South Korea and China at four different television networks. The networks flag that the anchor is an AI avatar so that no one gets confused.

While multiple companies are working on virtual humans, DeepBrain AI’s avatars are hyperrealistic. One of Asia’s largest insurance companies is also using it, as is a “brand ambassador” for a soccer team.

“When we worked with Howie Mandel, we went down to his studio in Los Angeles, we provided a script, and fed our training data into our neural network,” Murphy said.

It took about a day to do a video shoot with Mandel and about three to four weeks of machine learning time on the computers to generate the first AI model.

Back in January, DeepBrain AI opened its office in Palo Alto, California, and it is talking to partners in Silicon Valley and the rest of the U.S. Over time, Murphy said that the hope is to create AI avatars in realistic 3D for the metaverse. In South Korea, kiosks are appearing in places like banks with both 2D avatars and 3D avatars.

Over time, Murphy said the avatars have gotten better at mannerisms, lip sync, and subtle gestures. The speed of real-time responses in conversations has also gotten faster. The company is talking about doing more with game companies and major brands.

This Doggy DNA Test Ships Free for the Holidays 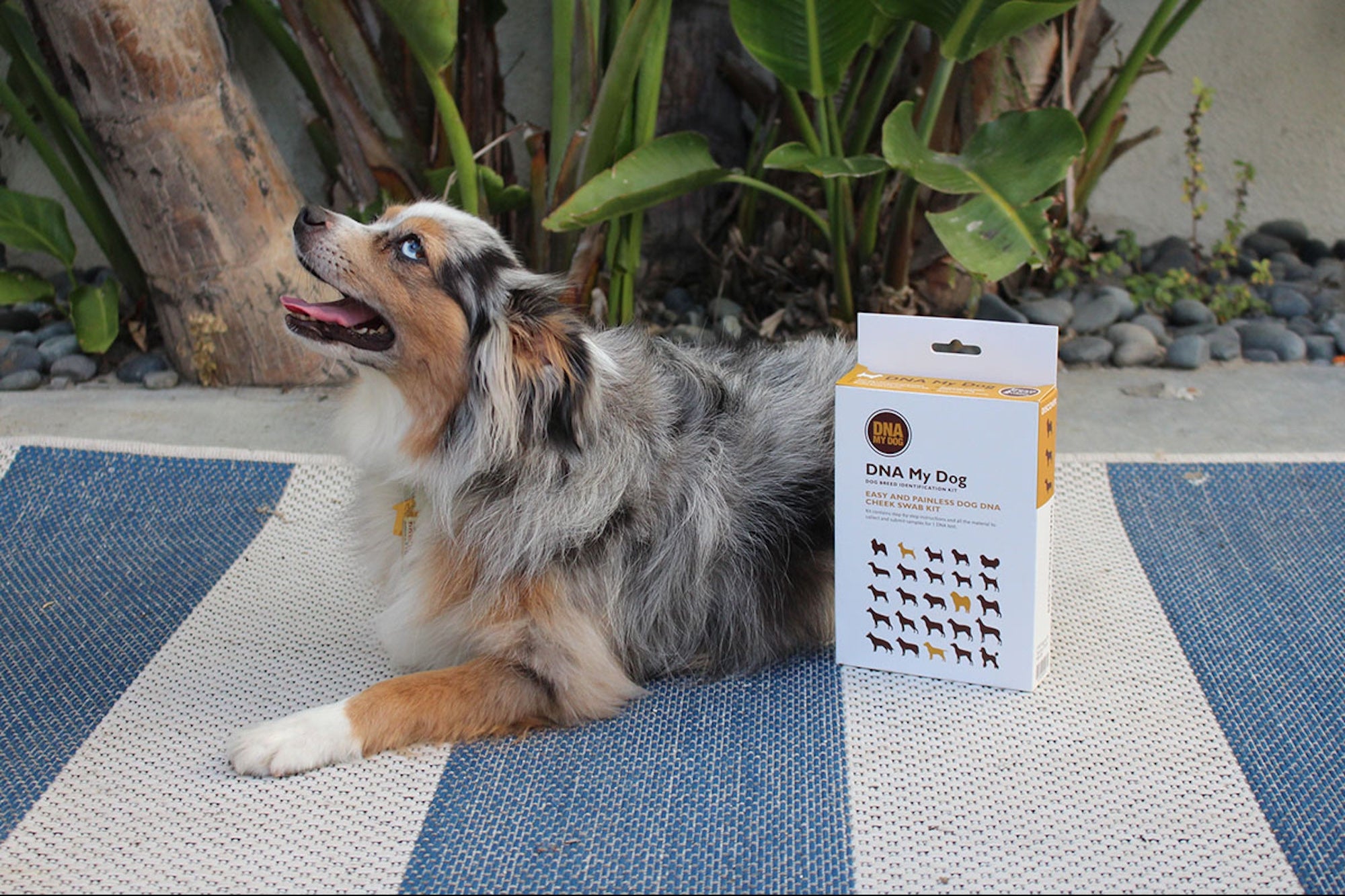 Every pet owner wants the best for their animal sidekick. They want to spend as much time as possible with them, even at the office. But being the best dog owner you can be isn’t all about just being present. It helps to understand your dog on a genotypic as well as phenotypic level. That’s one reason why doggy DNA tests have become so popular.

If you’re wondering what to get for your pooch this holiday season, look no further than the DNA My Dog Breed Identification Test. If you order by December 8, you’ll get free shipping, but that date is coming up fast so don’t delay.

This simple, painless kit requires just a swab of your dog’s cheek to get a detailed report delivered in two weeks or less. That report includes a custom photo certificate of the breed breakdown found in your dog’s genetic breed composition, a percentage breakdown of the levels found in your dog’s DNA, and a report on the dominant breeds, personality traits, and health concerns that your dog may be genetically predisposed to. All of that information will help you be a better friend to your dog, making smarter decisions about food, training, and healthcare.

The DNA My Dog Kit was awarded at the 2020 GHO Biotechnology Awards and user Bonnie H. writes, “I loved this experience!!! The kit came immediately with great instructions. The results came exactly when promised. When I couldn’t open the attachment with the results, I emailed my concern and got instant help! To find out his DNA has been the coolest experience!”

Lock in free shipping on a unique gift for your dog by December 8. Grab the DNA My Dog Breed Identification Test on sale for 24% off $79 at just $59.99 now.

Quinn makes the leap, abandons NA for Europe and some Gladiators in 2023 DPC

Down rounds are still rare by historical standards • TechCrunch

This Doggy DNA Test Ships Free for the Holidays