CodeSpark Academy, a popular learn-to-code app for kids ages 5–10, announced today the launch of “Adventure Game,” a powerful new set of design tools that allows users to use code to create open-ended role-playing games, inspired by classic hit games like “The Legend of Zelda” and “Animal Crossing.”

“Adventure Game furthers our goal of inspiring kids to create with code and express themselves in new ways,” codeSpark co-founder and General Manager Grant Hosford said in a news release. “This easy-to-use creative mode gives parents, teachers, and kids even more of what they love about codeSpark Academy. Kids were emphatic during play testing about how much they love creating open-ended 3D challenges using our Adventure Game templates and tools.

Adventure Game’s creative tools require less hand-eye coordination than other creative modes, the company said, and it includes new options for users such as speech bubbles for every character, enhancing the storytelling element of the game.

“When introducing a challenging subject like coding, it’s important to engage children and give them a fun, personal connection to the material,” said co-founder and Head of Product Joe Shochet. “By allowing kids to create the same kind of popular games they are already playing, we can encourage them to stick with the learning longer by turning game time into learning time. Building early confidence and positive attitudes towards coding will build persistence through their coding education.”

In 2021, kids created 12.6 million games and stories on codeSpark Academy, which is used in more than a third of U.S. school districts, according to the company. CodeSpark Academy uses a word-free interface and engaging gameplay to allow kids to design and program their own video games and interactive stories. The app is available for home use with a subscription or is accessible for free in North America via public schools, libraries, and nonprofits. CodeSpark has won a number of awards in the academic and technology sectors, including a Parents’ Choice Award. Early-education learning company BEGiN acquired codeSpark in April 2021.

While Parents Say Kids Are Doing OK in School, Teachers Not So Convinced — THE Journal 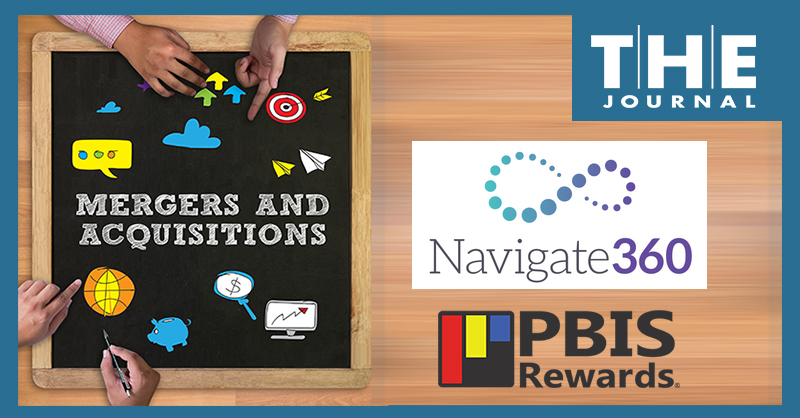 Student wellness and physical safety company Navigate360 has announced its acquisition of SaaS platform PBIS Rewards to round out its K–12 programs focusing on safer school environments and strengthening academic performance through positive behavior reinforcement, interventions, and other measures.

PBIS Rewards is a digital management system that replaces paper tickets and tokens. Available on smartphones and laptops, it simplifies the administration of “rewards points” for positive behaviors as identified by the school district. Students can use them to “purchase” tangible and privilege rewards such as homework passes, jeans day coupons, iPad time, admissions to events, and more.

The system also allows for workplace rewards for teachers that result in recognition and perks. Learn more about how PBIS Rewards works on its website.

Centegix’s CrisisAlert system does not rely on WiFi or cell phones but is activated by a wearable panic-alert badge that every administrator, teacher and staff member wears. In an emergency, pushing the badge button gives precise alert location, immediate audio, and visual incident notifications (including lighted strobes, screen messages, and intercom integration) to put the campus in lockdown and instantly notify administrators and responders.

Ident-A-Kid’s IVM software can manage and track all school traffic, including staff, student tardiness, and visitors, who scan their driver’s licenses or other acceptable ID. The software reads the barcode information on the license and conducts and returns data searches on custody issues, sex offenders, and other banned persons across 42 states. Information can also be entered manually.

With these two systems paired, K–12 schools will be able to “provide instantaneous alerts to on-site resources including SROs (School Resource Officers) and campus administrators that alleviate the burdens on educators and staff when faced with critical safety issues,” said Brent Cobb, CEO of Centegix.

Rick Hagan, CEO of Ident-A-Kid, added, “Together we can add control measures on school campuses and reduce the risks that have become increasingly prevalent in the past several years.”

Learn more at the Centegix home page and the Ident-A-Kid home page. 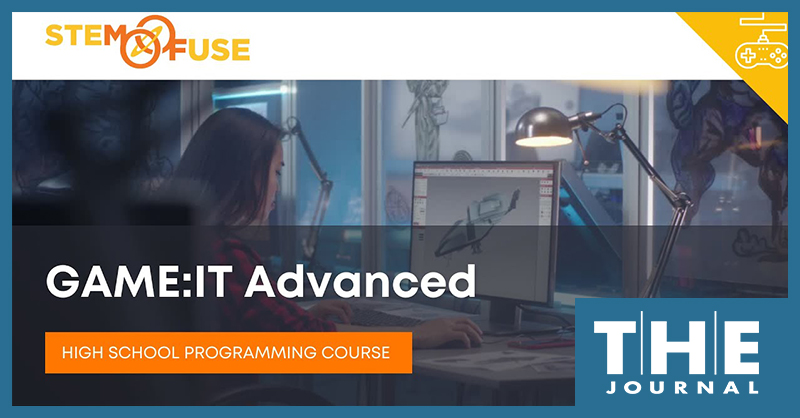 Newest in GAME:IT Series to be Shown at CareerTech Vision Conference Nov. 30–Dec. 3

Digital K–12 curriculum provider STEM Fuse and game and animation developer Construct have released the latest in a series of career and technical education curricula: GAME:IT Advanced, which is recommended for grades 10–12 and uses the Construct 3 platform to teach coding through game design.

The GAME:IT series teaches computer, programming, and game development skills from elementary through high school. The ready-made, intuitive curricula are designed for those with no coding experience, so teachers without prior experience can assist their students. GAME:IT Advanced also offers students the opportunity to take an industry certification course upon completion, with the GAME:IT Intermediate course recommended prior.

GAME:IT Advanced will be demonstrated at the upcoming Association for Career and Technical Education (ACTE) CareerTech Vision 2022 conference to be held in person and online Nov. 30 through Dec. 3, 2022 in Las Vegas.