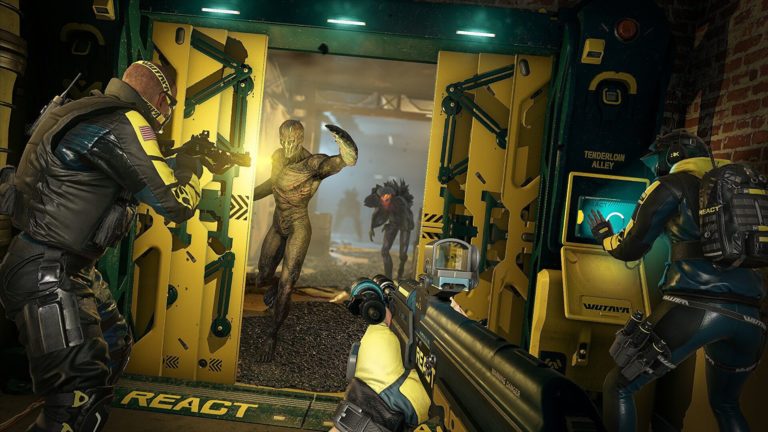 In Rainbow Six: Extraction, you’re not taking on your fellow operators like you would in Siege. Instead, you and up to two other operators will take on a new, evolving alien threat known as the Archaeans.

There are a grand total of 13 different types of enemies, ranging from the basic tier-one Archaeans up to the more advanced and deadly Proteans. Here’s a list of all the different enemy types you will face in Rainbow Six: Extraction, starting with the easiest of the bunch.

Grunts are your standard, most common enemy type. They only have a melee attack, but it still packs a punch and they can sprint towards you once they’re alerted. Like other enemies, they will send off a signal pulse if alerted, which attracts other enemies and wakes up nests.

The Spiker is the basic ranged enemy type. He will fire a series of projectile spikes from his arm, and will also cover his face while doing so. You’ll have to wait until he’s done firing to get a headshot, or you can spray him down with a small number of torso shots.

Breachers are easy to spot with their bright red glowing backs. Those sacs contain explosive fluid, and the Breacher will detonate on contact or when he gets shot. The explosive fluid also deals damage to other enemies and nests around them. If you kill a Breacher without detonating them, you can still detonate them after.

The Bloater is essentially the toxic version of the Breacher. It also explodes on contact or when shot, but it leaves behind a toxic gas cloud that lingers for a while.

The Rooter is a four-legged enemy that can fire a ground-covering substance that damages and immobilizes enemies. Naturally, the Rooter is especially dangerous when fighting a large wave of enemies, since it can effectively freeze you in place.

A Sower is one of the peskier enemies in Extraction. It walks around on all fours with an armored head and shoulders, making it harder to kill. The Sower also leaves little flashbang mines and will jump an operator after they’re blinded.

The Lurker is a stealthy enemy that can make itself and Archaean allies invisible. The Lurker will use his invisibility to try and flank you. A melee attack or explosive attack will reveal the Lurker’s weak spot by peeling back its head armor.

The Smasher, as its name would suggest, is a large heavily armored tank that will charge operators and smash them to bits. Characters like Sledge can use their abilities to stun the Smasher, or you can have one player distract it while the others attack from behind to reveal the weak spot.

The Tormentor is a very dangerous Archaean capable of dealing lots of ranged damage, absorbing a ton of damage, and using the Sprawl to move around without taking more damage. Using operators with stun abilities or equipping stun grenades is vital to taking on a Tormentor.

The Apex is the toughest enemy of all the standard Archaeans. He has a projectile that deals damage and blinds operators, and he can spawn enemies while rapidly moving around the map. Focusing on an Apex during a fight is an absolute must, otherwise the fight will never end.

Proteans are extremely powerful Archaeans that have adopted the form of different REACT operators, taking on their abilities in uniquely terrifying ways. The Smoke Protean fires poisonous gas containers and makes use of a deadly shotgun. The Alibi Protean can generate duplicates of itself. The Sledge Protean is a deadly melee enemy with a ton of armor upfront. 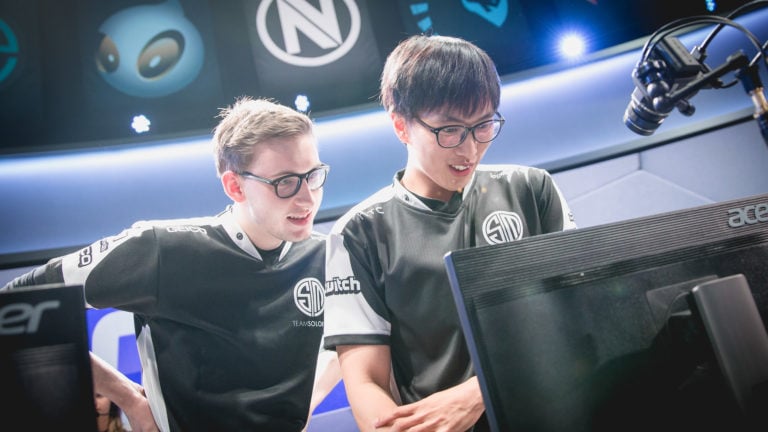 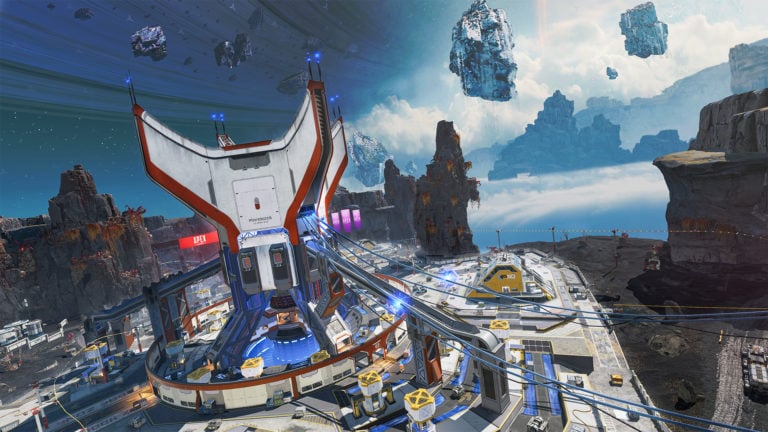 Another day, another leak in Apex Legends.

The pattern isn’t new, but it is usually exciting for players looking forward to new content. And today brought great news for players, as a couple of popular leakers and insiders combined to bring new information for a new legend that was first mentioned in the huge character leak that occurred prior to season 13 of Apex.

The character in question was called Caliber, although he seems to be going by a different name now. Data miner HYPERMYST first shared an image to Twitter of a banner featuring a legend that doesn’t look like they’re in the game yet.

The image is washed out and the character model might not even be fully textured in this image, but the banner appears to show a figure in a long coat with some sort of attachment peeking out above their shoulder.

Apex insider ThordanSmash soon chimed in both on Twitter and Reddit, revealing this character is most likely Caliber, a support legend originally found in the season 12 leaks.

In those leaks, Caliber was a character that focused on keeping his Apex squad fully stocked on weapons and ammo, featuring a passive that allowed him to carry three weapons instead of two, an auto-turret tactical ability, and an ammo box ultimate that feeds ammo directly into his squad’s weapons.

According to Thordan, however, there’s at least one new ability for the impending Apex character, and a new name to go with them too: Ballistic.

The new tactical ability, which Thordan also referenced in other posts, appears to be some sort of skill shot that can force enemies to holster their weapons if hit by it. The way the ability is framed by Thordan feels akin to Ana’s sleep dart in Overwatch, although it most likely has a much faster travel time if it’s firing a bullet as compared to a dart projectile.

While these are the first significant leaks for the next new character to hit Apex, it’s unclear if that character will arrive next season, or afterward. While the game has consistently introduced a new legend with every season update in the game’s history, leaks and rumors previously indicated that season 16 would have no new legend.

Thordan even went as far as to say he still thinks the new character won’t be in Apex season 16 on Reddit soon after his Twitter leaks, but that that’s always subject to change and the devs could change their mind on that plan.

Either way, there’s clearly a new legend just around the corner for Apex. And it seems like he’s going to bring a lot of firepower into the Outlands with him. 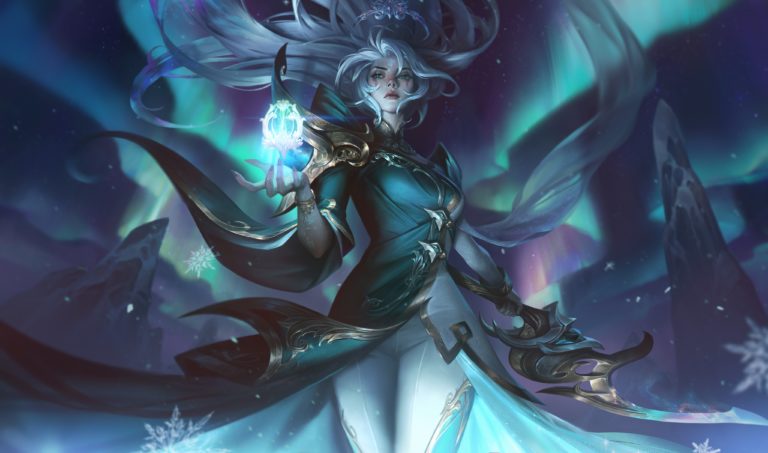 Riot Games is ready to celebrate the most wonderful time of the year with its League of Legends players, gifting them a variety of deals on in-game skins for a limited time.

The final iteration of Your Shop is now available in the League client for all players, providing steep discounts for a random selection of Epic-tier and lower skins. Each player receives six discounts for skins based on champions that they have played or for champions similar to ones they use often. These deals are expected to be available through Jan. 3.

Players may notice that, when opening their deals, there are skins for champions they don’t play. Riot adds deals to each individual Your Shop based not only on the players’ personal preferences, but champions that other players use that are similar to those picks—such as being in the same class or role.

Your Shop can be accessed via a new icon that appears within the League client next to the Loot and Store tabs. Players must then click on each window to view their discounts, which they can then select to purchase. If this icon does not appear, players may have to either restart their clients or update their games since the last patch of the year recently dropped.

It is currently unclear when Your Shop will be returning following this iteration’s closure on Jan. 3. The special discount shop usually appears a handful of times each year around important League-based events and holidays, though it’s been sporadically added in the past.